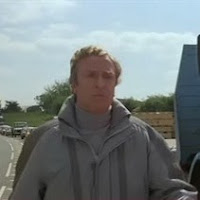 Well, this is certainly slow. A combination of travel and busy work means I haven't made any progress with games recently. I did play through the first level of Z a while back, but that's about it. The game seems to be running a bit slowly - not sure if it's an emulation issue or that's just how it always was and I'm remembering it wrongly. Another issue is that most of the humour (and half the fun) of the game comes from the personalities of the troops you control - both in the videos between missions and in the general comments they make when you order them about. Unfortunately (because I'm playing a dodgy copy of the game and CHEATERS NEVER WIN), there are no video cutscenes in my version, and all of the voices have been dubbed into Russian. That's nowhere near as fun as it perhaps sounds, so I'm mostly playing the game with noises off. Anyway, as I say, I've only played the first training mission so far, so I've got plenty more game to go. I haven't even opened up X-Com Apocalypse yet. Oh, and I did go off-list and spent a couple of free evenings playing Kingdoms of Amalur, which I'm enjoying greatly. I'll post more when I come back to it.

In other blog-related news, I watched the film version of The Fourth Protocol last night, and it wasn't half bad. Plot-wise, it didn't follow the game much, the general idea was the same and there were echoes here and there (setting watchers, the pizza place, etc.) but it felt very different in other aspects. I'm going to have to read the book now (doing things in completely the wrong order!) and see how the original pans out. I get the feeling that the game is going to be closer to the book than the film was - it certainly felt more detailed in its narrative. The other good thing was that Pierce Brosnan starred as the bad guy and barely said a word, yay! If only I could say the same about Michael Caine - he was the good guy, and generally just walked about swearing whilst wearing nice jackets.
Posted by Binkbenc at 14:50