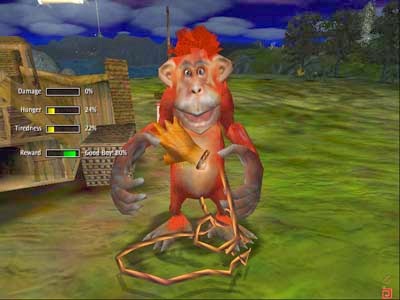 Excelsior: Phase One is done and dusted. Very old school and very enjoyable. I wrote a bit about it before, so I won't go into it in too much detail here. The endgame carried on ferrying me to opposite corners of the continent, which got a little trying toward the end, but it was fun enough to carry me through. No big ending fireworks, just a couple of screens of text, but that's fine with me. I started up Phase Two hoping to bring my original character with me, but unfortunately that wasn't the case. I didn't talk much about the character choice in Phase One - there were the standard types and a few weird ones, same goes for races. I chose to go with a half-elf scholar, which was about the most broad character choice possible - goes with my 'gotta see it all' personality. Ultimately, though, I don't really think that character choice makes much difference other than different starting ability scores and equipment choice. There was some great flavour there, but no real mechanical difference. I think the devs must have realised that because in Phase Two there are no different characters or races. You are a blank slate and you define your character as you play. Engine-wise, it's a spitting image of Ultima 6 this time around, with a similar keyword conversation system and in its visuals. I've only played a couple of minutes so far - sorting out some kind of diplomatic wine crisis, but it feels as fun as the last game (though the movement feels a bit shonkier).

I also tried to play Black & White for a bit longer, but I just couldn't get into it so I've decided to shelve it. I'm a bit annoyed with myself, because games like this that I've owned on disk for years are kind of the reason why I started this quest in the first place, but there's something about it that just rubs me up the wrong way, and I really don't enjoy playing. With that in mind, there doesn't seem much point forcing myself to do so when there are so many other games I could be playing. Speaking of which, Next up on the randometer is...Monopoly! The 1985 computer version of the board game. I'm not at my computer now, but hopefully I should be able to rattle through that one pretty quickly next week.
Posted by Binkbenc at 21:39