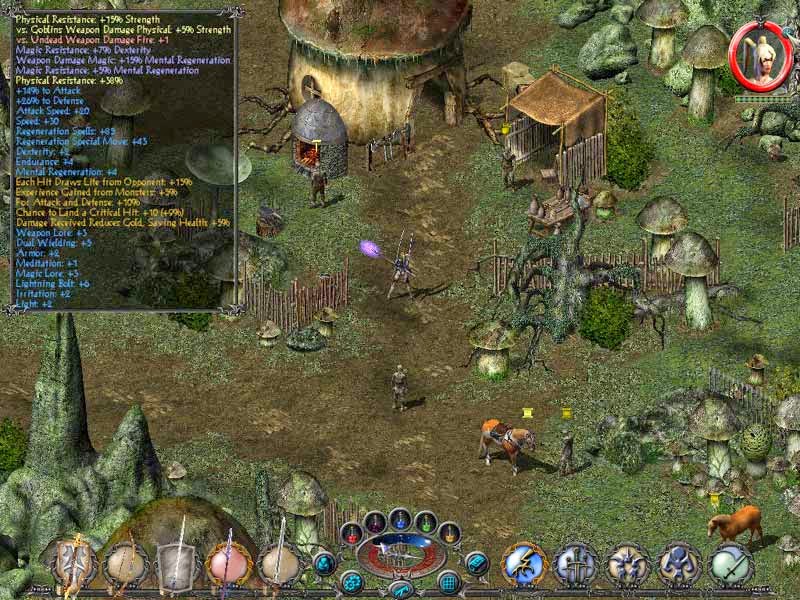 Finally, finally I have beaten Sacred and its add-on pack, Underworld. The game was taking waaaay too long with all the sidequests, so in the end I just had to give up and focus on the main quest. Once I did that, things started moving a lot quicker. I also chose to basically give up on most fights and grab the fastest horse I could and just run past everyone. Many enemies have a spell that can hold you in place, so it wasn't quite as quick as I'd have liked, but it did allow me to zip through the game a lot quicker than I had been. I also decided at that point to export my character and start again at a higher difficulty level. My reasoning was a) that I'd keep my old character in case I ever wanted to go back and play through the rest of those sidequests, and b) so that I could get some better loot. I went through and completed it at the higher difficulty level, but I did so using pretty much exactly the same equipment that I'd started out with. The problem was that whenever the game generated a decent piece of loot, it would make it only equippable when I reached a certain level, usually 5-10 higher than my current level. Unfortunately, by the time I exported my character I was already at level 50-odd, and it took literally millions of XP to go up each level at that point, so there was absolutely no way I was going to be able to earn enough XP to go up enough levels to use the new gear. Rubbish! Anyway, it's done. Ironically, I just picked up Sacred 2 in a recent bundle, but there's no way on earth I'm going to play that next! It'll just have to wait until the chance fairy waves her wand at it.

On the subject of which, next up on the randometer is...Supernova, an early text adventure by Apogee. I've never heard of it, but it'll be a nice change of pace from Sacred. I should also make a start on Ishar, too.
Posted by Binkbenc at 13:16