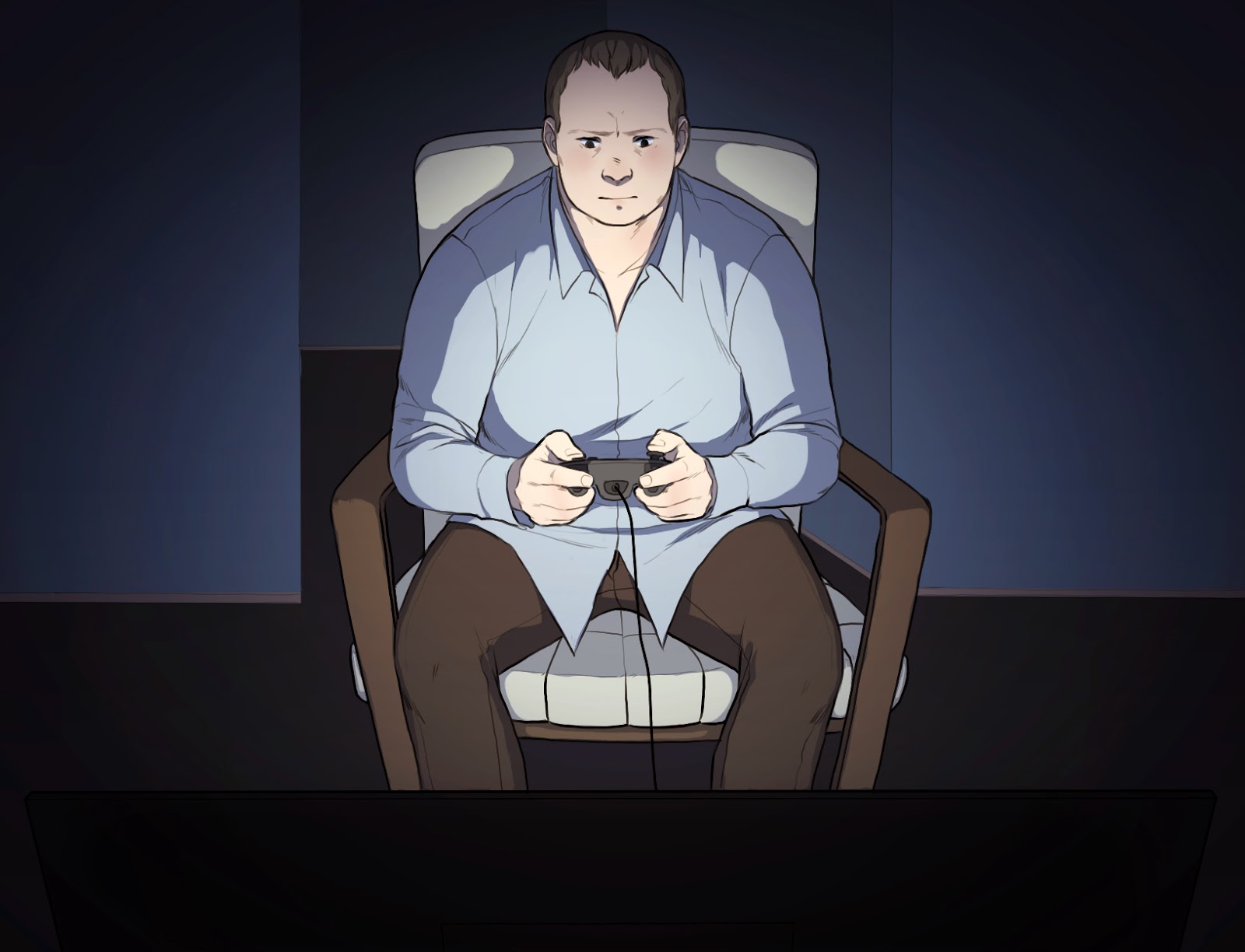 It's been a while since the last post. In that time, I have completed Unreal and its mission pack, Return to Na'Pali (or Napoli as I prefer to call it), and also finished off a little indie game/story called Actual Sunlight.

Unreal carried on in pretty much exactly the same vein for the rest of the game. It was an enjoyably solid shooter, but I did find it dragging on a bit toward the end. Those story elements that I enjoyed at the beginning of the game soon devolved into basically just saying "you need the red key to open the next door". Don't get me wrong, it was still way better than the nothing that you get from Quake, but it didn't go anywhere near as far as I wanted it to. The mission pack was a little better in that regard in that alongside the little bits of in-game text, there were also spoken journal entries between each level that added quite a bit of flavour. The other issue that I had with the game was how dark it was; this seemed to be especially bad in the mission pack. I ended up having to use a cheat to spawn new torches whenever mine ran out because I was so fed up with squinting into the screen trying to see things. I don't mind a bit of tension with things leaping at you from the dark, but when I've killed all the baddies in the area and I'm just trying to find the exit it all get a bit frustrating. All in all, if I had to pick a side in the age-old debate, I think I'm still in the Quake camp. Unreal has a bit more colour and a bit more story, but Quake's gameplay just feels a bit purer, and that visceral hit is ultimately what I look for in an FPS like this. Up next is Unreal 2. I did have a quick look at it, and at first glance the engine looks way better than Unreal's. There were beautiful, colourful vistas with long draw distances...I just hope the game lets me explore them and doesn't immediately throw me down a dark corridor.

On to Actual Sunlight. This is a really short well, Story I guess, I don't know if you could call it a game. I got it in a bundle a while back and thought I'd give it a quick blast because I'd heard it didn't take long. Graphically, it looks like a SNES-era RPG, but really the graphics are just a framework to hang the text on, and there's a lot of text. It's basically a snapshot of the life of a depressed nobody and how the events in his life drive him, ultimately, to suicide. Yep, it's not a light-hearted tale. The text - did I mention there's a lot of text? There's a lot of text - is largely made up of bleak vignettes and interior monologue from the main character. He also imagines himself in various situations - a gameshow, speaking with a shrink, etc. - and we hear those tales and how he reacts to questioning. At the start, you're not really sure whether to laugh at some of these situations, but it soon becomes clear that it's all deadly serious. With all that, though, I couldn't really feel myself identifying with the character much, or rooting for him in any way. I think that's partly due to the fact that you are largely an observer in this drama. Your actions don't really have any effects on the story. That's fine if all you are doing is reading a story, but because the experience is presented as a game, I kept on wanting to have more input and to somehow make the character my own. Because it can't be judged as a game, I think you have to judge it as a piece of writing, and unfortunately I don't think it's an amazing piece of writing. It feels like a very personal project, but as anyone who's done any writing will tell you, personal pieces are the hardest to do. It sometimes feels mawkish, and that it's trying too hard, and there were times where I felt it wanted to push the target audience's buttons too much. There's a reason why most games aren't about overweight, lonely, depressed gamers... So, yeah, it was very interesting to play through, but I wouldn't do so again, and I don't think I'd particularly recommend it either - not as a game anyway.
Posted by Binkbenc at 17:40